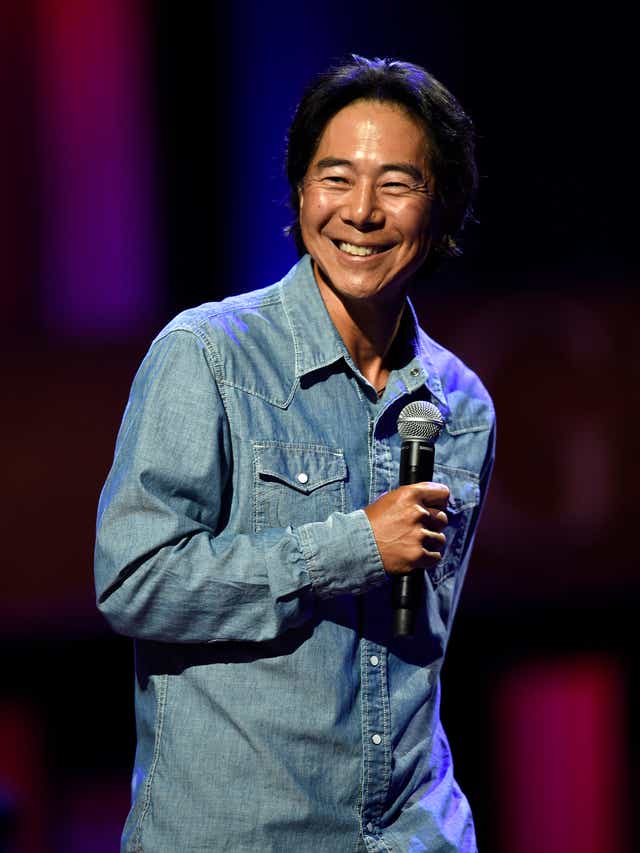 Born in Knoxville, Tennessee, Henry Cho began his career in stand-up comedy in 1986, dropping out of college in order to pursue his passion. In 1989, he moved to Los Angeles but made sure to keep in touch with his Tennessee roots, especially in his stand-up shows. As a practicing Christian, Cho values and performs clean, adult comedy, avoiding racial jokes that may create a negative influence on how the ethnicity is viewed. Cho has appeared on such television programs as Bob Hope’s Young Comedian Special, MTV’s ½ Hour Comedy Hour, and VH-1’s Stand-Up Spotlight. He has also been featured in films like McHale’s Navy, Say It Isn’t So, and Material Girls. Eventually, Cho had his own Comedy Central special in 2006 called Henry Cho: What’s That Clickin’ Noise?. In 2011, he had his own show on Great American Country [GAC] called The Henry Cho Show, which was filmed in Nashville, Tennessee. Cho has been given the nickname “Mr. Clean” for his clean comedy, a distinction that sets him apart from other comedians. Seoul Journal spoke with Cho about his experiences as a comedian and what plans he has for the future.